$0
incl. VAT
Add to my wishlist

I had been searching for an afghan pattern that takes advantage of Kureyon’s long color runs. This block pattern is based on Barbara G. Walker’s Short-Row Stripes square in her Learn to Knit Afghan book. The original idea was to knit a square occasionally as I came across new colors of Kureyon, finishing the afghan in time to send it to college with my daughter, who is also a knitter and who loves Kureyon. Unable to stop once I began, she instead received it for her 15th birthday.

Gauge: 18 stitches and 28 rows to 10 cm in stockinette stitch (not crucial)

Originally published in 2006 on knitty.com.

Note: Though conversions to the metric system have been made on this page for your convenience, the pattern itself uses American measurements. 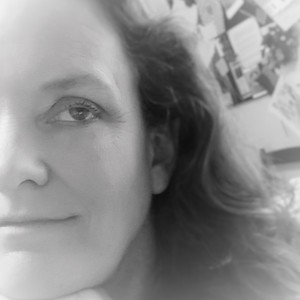 If ‘knitting designer’ had been one of the job choices for those aptitude tests they give you in high school, I wouldn’t have spent so many years trying to decide what I wanted to be when I grew up. My best subject in high school was math; my best classes in college were logic, drawing, and a commercial art class. After careers in computer programming/analysis and child-rearing, knit design snuck up on me, but I think it’s the perfect use of my odd skill set! I love every step of the process, from figuring out how to actually make what I’ve envisioned to putting the finishing touches on a pattern, not to mention all the knitting that comes in between!

I also love reading and hiking and spending time on Brier Island in Nova Scotia every summer.