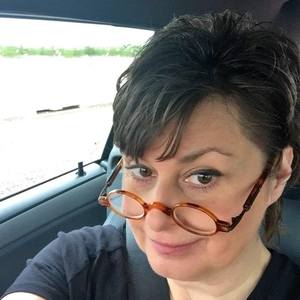 Peace, love, crochet! I guess I became interested in writing patterns because being a lefty forces you to figure things out on your own. You feel me, southpaws? However, I feel blessed to have the perspective of frustration, followed by tenacity, and then satisfaction of conquering another ball of yarn and abbreviations.

I've been featured in several magazines, blog posts, and most recently, Karmic Kitty made his debut at the World Amigurumi Art Exhibit in New York Dec. 2015-Jan. 2016.

Let's conquer the world, one crochet hook and skein of yarn at a time! :)