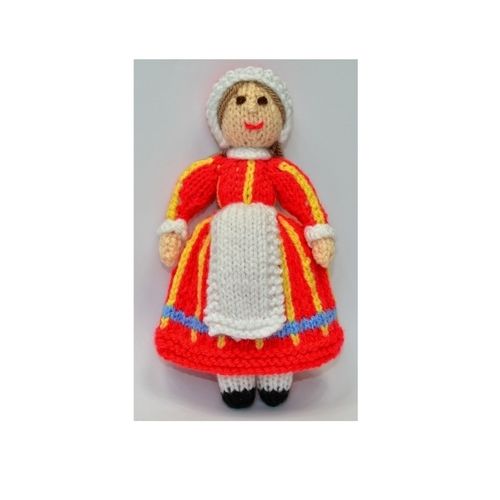 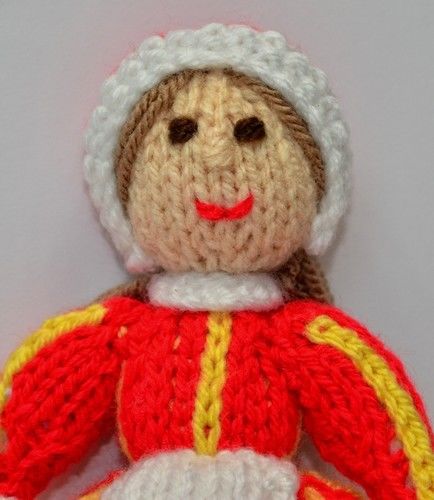 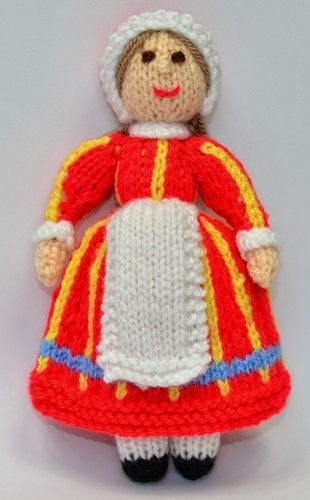 Bettina's costume is based on that from Odense, the third largest city in Denmark. It is the main city of the Island of Funen in South Denmark, 'Syddarmark'. The city was established & granted rights in 988 by permission of the German Emperor Otto III. It gained it's City Charter in 1355 & then became a municipal in 1970. Bettina's costume is a red dress, with yellow stripes. Stripes were common with this costume. There is a small collar & long white apron. Bettina wears a bonnet as was custom with married women, who should not show their hair, once married.