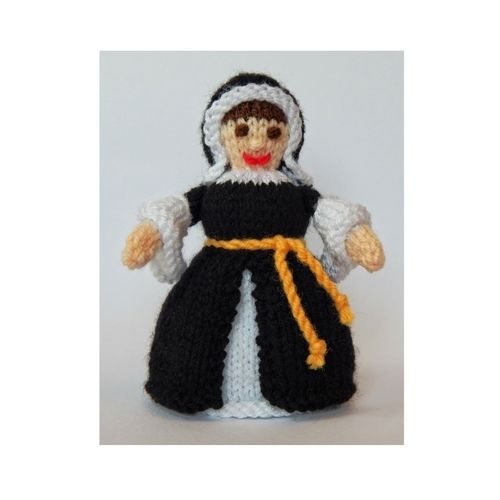 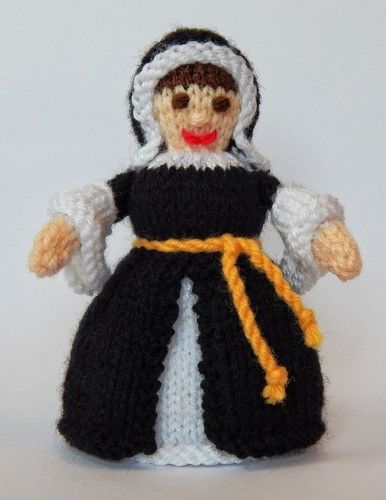 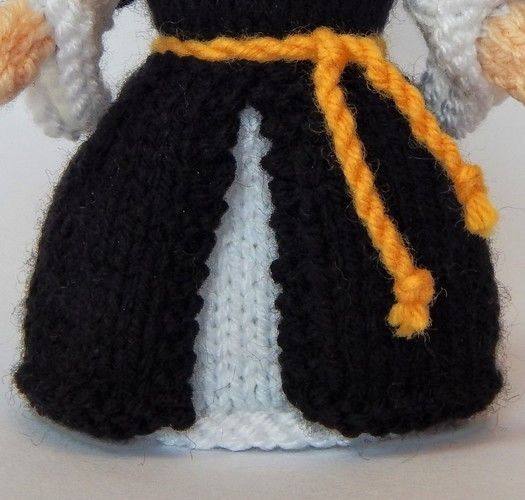 I love history and costume. I have already knitted Henry VIII, so he needed a wife! Here is a little bit of history about Catherine. Catherine of Aragon, was a Spanish Princess and the first wife of King Henry VIII of England. She was born in Alcalá de Henares, Spain in December 1485. She was betrothed at the age of 3 years old to Arthur the Prince of Wales. Aged 16 years old she married him in 1501. Arthur died in 1502 and the marriage was annulled by the Pope. Catherine went on to marry Arthur's brother, Henry in 1509. Catherine became the Queen of England from 1509 to 1533. She gave birth to 6 children, but only 1 survived, Mary I of England. King Henry wanted to divorce Catherine, but the Pope would not allow it. King Henry VIII passed the Act of Supremacy and became head of the Church of England. Thomas Cranmer, the Archbishop of Canterbury annulled the marriage. Catherine died in January 1536 and is buried at Peterborough Cathedral, UK.