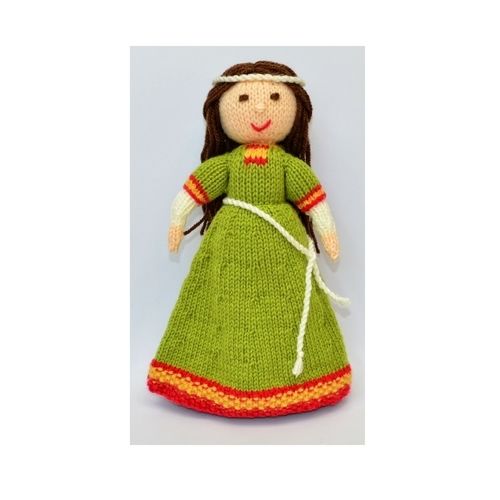 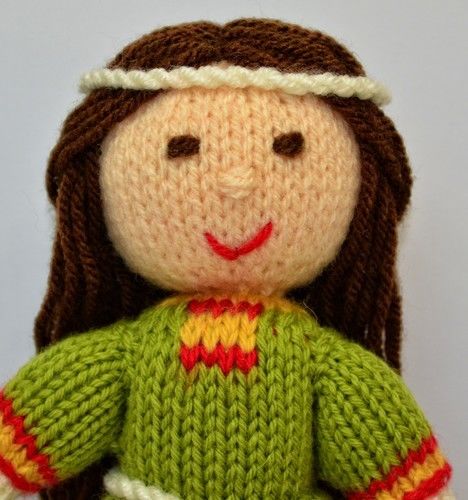 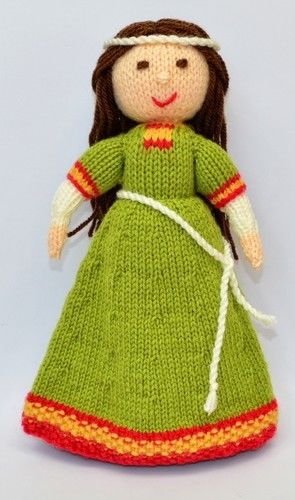 In 1086 Britain was in the Middle Ages. The Doomsday Book was travelling through the country so details of land & estates could be documented and taxation could commence. King William I 'the Conqueror' of the House of Normandy reigned over Britain at this time. It was unusual for a Saxon lady to own land but I have decided to give an Anglo Saxon name to Elvina, meaning 'a friend of the elves'. Ladies wore simple dresses during this time. The colours most often used were: green, light blue and pink. The very long flowing sleeves were not seen until later in this Medieval period, but they were evident in the dress seen during this time. I have put shorter sleeves in my design. Skirts and cuffs were decorated with borders, I have used moss stitch at the bottom of the skirt, this also gives the skirt a strong base so Elvina can stand up. Elvina wears her belt on her hips and her hair down, with a braid to decorate it.