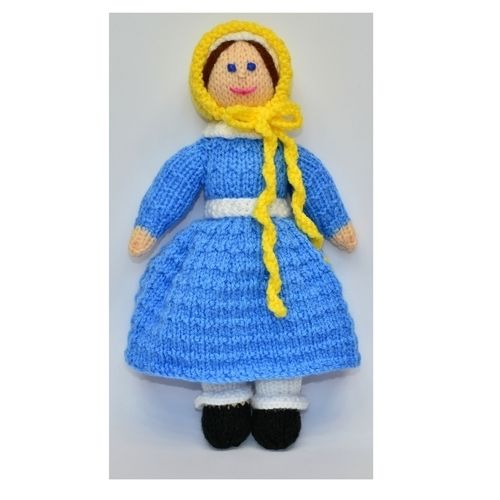 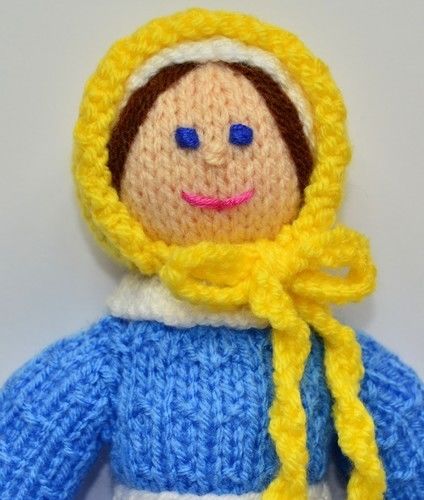 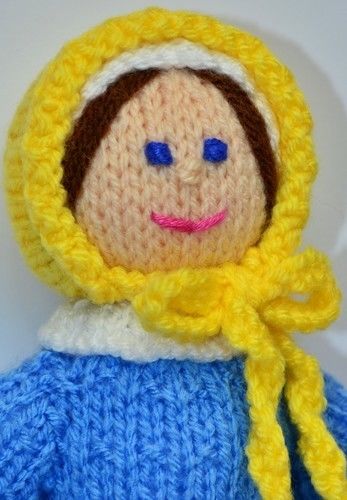 Following the death of King William IV in 1837 the United Kingdom entered the Victorian age. Queen Victoria was 18 years old when she inherited the throne. Her coronation was on the 28th June 1838 at Westminster Abbey, London. I have taken this design from fashions worn by girl's in 1838. Girl's fashion were simplified versions of women's fashions. They wore shorten skirts with pantaloons showing, waists were pulled in and bonnets had flowing ribbons. I have added texture to the skirt, this gives it a fuller feel which can be lacking in a stocking stitch piece of work. I have attached a collar to represent a lace collar which was sometimes worn.